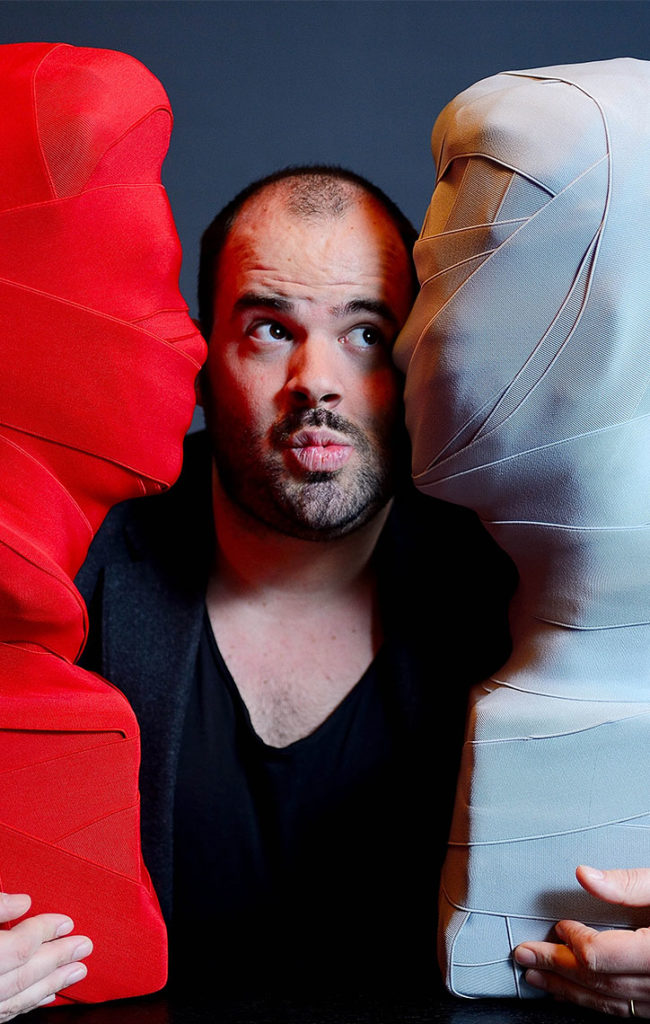 As great grandson of a French furniture designer, grandson of a jazz musician and son of an architect, Thomas Dariel has always drawn his strength and inspiration from his family heritage. French Designer by training and tireless traveler, he went to China in 2006 to launch his own interior design studio at the age of 24 – Dariel Studio.

He has since earned the praise of the interior design industry. He has received several awards, among them selection for Best International Interior Designer – 2012 Andrew Martin Awards, awarded Top 100 talents in Architecture and Design – 2017, 2015 and 2013 AD Magazine, Top 40 Young Design Talents under 40 – 2013 Perspective 40 Under 40, Top 10 Best Designer in China – Vantage Magazine 2016. In 2017, Dariel has been elected Best Young Designer of the Year by EDIDA China Awards and Best Designer of the Year by Trends and Trends Home magazines.

Thomas draws his creativity from the different worlds of design, fashion, gastronomy, visual arts and luxury. His design philosophy is driven by his passion for breaking traditional codes and clichés, which creates a new language for each design. By confronting heritage and cutting-edge innovations, combining French design heritage with Eastern cultural influence, Thomas Dariel’s open approach unfolds original perspectives.

Recognized for his very personal creative style, his habit to push boundaries and to provoke and surprise, Dariel has extended with success this singular signature to product design, signing with prestigious creative design brands such as Cappellini and Moroso. In 2015 and while pursuing his creations for his interior design studio and for other brands, Dariel decided to revive a childhood’s dream by launching his own brand of furniture, lighting, rugs and accessories, Maison Dada.

What a marvellous adventure shopping can be!

We often find windows like artworks and shops that would do honour to any museum. Shops can be like cabinets of wonder, zoos, laboratories, or places from outer space. But they all share one thing: they seduce in order to sell and they are dressed for success.

Let’s create a unique shop for the Domaine de Boisbuchet, that place in the middle of nowhere, discovered by people from all over the world. This shop might be in the Domaine’s main building or could be installed down at Boisbuchet’s river café. It might even be a pop-up shop in downtown Confolens - a little city nearby.

We’ve got plenty of material, possibilities and creativity but one week only - and we are going to make it!

Maison Dada, Design Editor since 2015, was created in Shanghai by Thomas Dariel and Delphine Moreau.

Maison Dada was born out of the wild dream to inject a dose of Dadaism into our everyday life. Maison Dada develops furniture, lighting, rugs and accessories with in mind the desire to create the unexpected from ordinary objects, the will to harmonize dreams and reality.

Dada is a state of mind.

Collages, inventions, re-appropriations: Maison Dada creates objects that are gently crazy, defying certainty, taste and gravity. The style is poetic, bold, playful, daring and based on the belief that everybody deserve inspiring and meaningful design.

Maison Dada artistic direction is in the hands of Thomas Dariel who leads its creative potential through his own design pieces and the supervision on the overall design selection.