Josep Pujiula i Vila was a constructor working near Olot, north of Catalonia. I recently visited some of the ruins of his wild work. He died two years ago and the council unfortunately destroyed some of his big cathedrals. For years, using local and recycled materials such as stones and wood, he was able to imagine and build a world of impossible structures, realizing an architecture that could not only be contemplated but had to be experienced.

Inspired by Josep Puijulia´s way of doing, the idea of ​​this Workshop is to create a new architectural environment that blurs the boundaries of the inside and outside. Starting from one of the rooms of the castle, we will practice a wild (interior) architecture that might even leave the building. 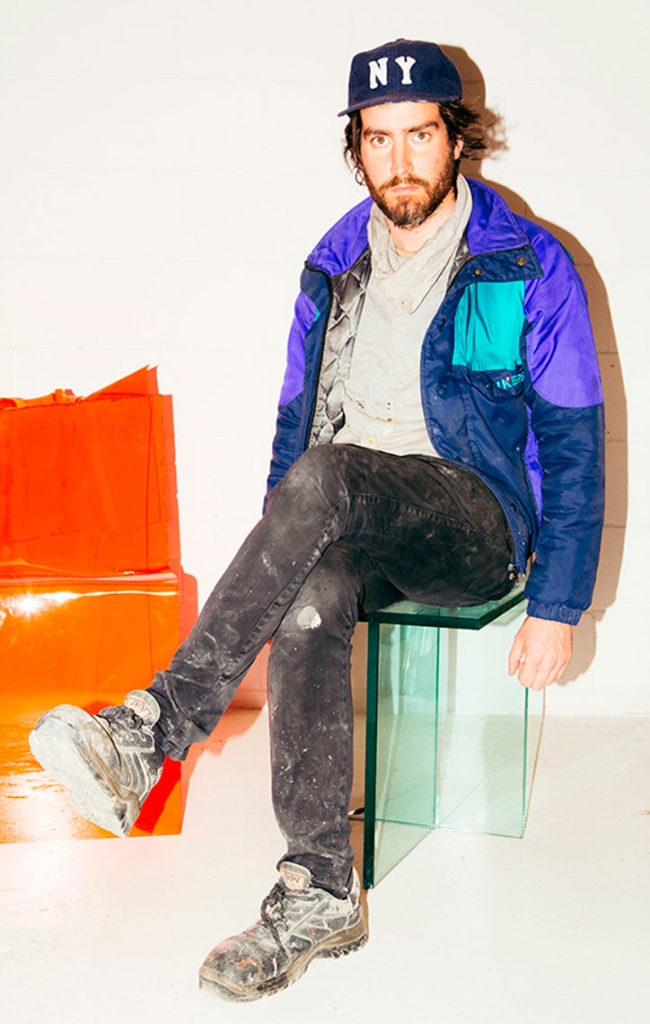 Born in 1985, Guillermo Santomá is a designer, who received a Masters in Design from Elisava, then studied architecture at UIC (both in Barcelona) and today lives and works in the Catalán capital. He attracted international attention with his total transformation of Casa Horta – an architectonic, artistic intervention in a traditional Horta house from the beginning of the 20th century.

With the artistic formula ‘to create is to destroy’, Santomà works to deconstruct the fixed images of design. Never pre-sketching his work, Santomà’s work is a constant process of deformation and creation.

Santomà creates complete environments somewhere in between architecture and design and his work is featured in numerous publications such as apartamento, which dedicated an extensive article about him in 2015. Previous exhibitions include Wer Haus and Palais de Tokyo.