Participants of this workshop develop a spatial structure using accessible and low-tech materials. Our goal is a re-interpretation or invention of an analogue, hands-on technology for installation production that results in the realization of a parasitic attachment to an existing building or natural structure. Participants will develop individual solutions and details with scale models and formal languages that emerge from the technology they use. The final installation shall explore the altered experiences of Boisbuchet’s visitors and question the health and security regulations that nowadays dominate the architectural production. 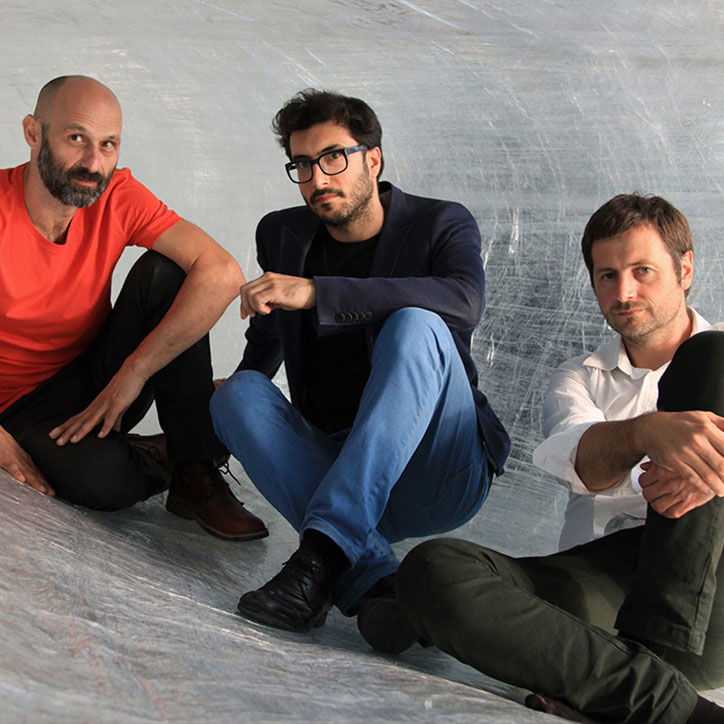 Numen/For Use is a collective working in the fields of scenography, industrial and spatial design and conceptual art.

The group first formed in 1998 as a collaborative effort of industrial designers Sven Jonke, Christoph Katzler and Nikola Radeljković under the banner For Use. In 1999, they established Numen as a collective identity covering all projects actualised outside the sphere of industrial design.

From 2004 onwards, after setting up a large scale site-specific project for the production of “Inferno” in the National Centre for Drama in Madrid, Numen/ For Use became intensely involved with scenography. Further realisations in theatres across Europe ensued.

Since 2008, the collective turns its focus towards configuring objects and concepts without a predefined function, an activity resulting in the more hybrid and experimental works such as the Numen-Light series and Tape, Net, Tuft, String, Tube …