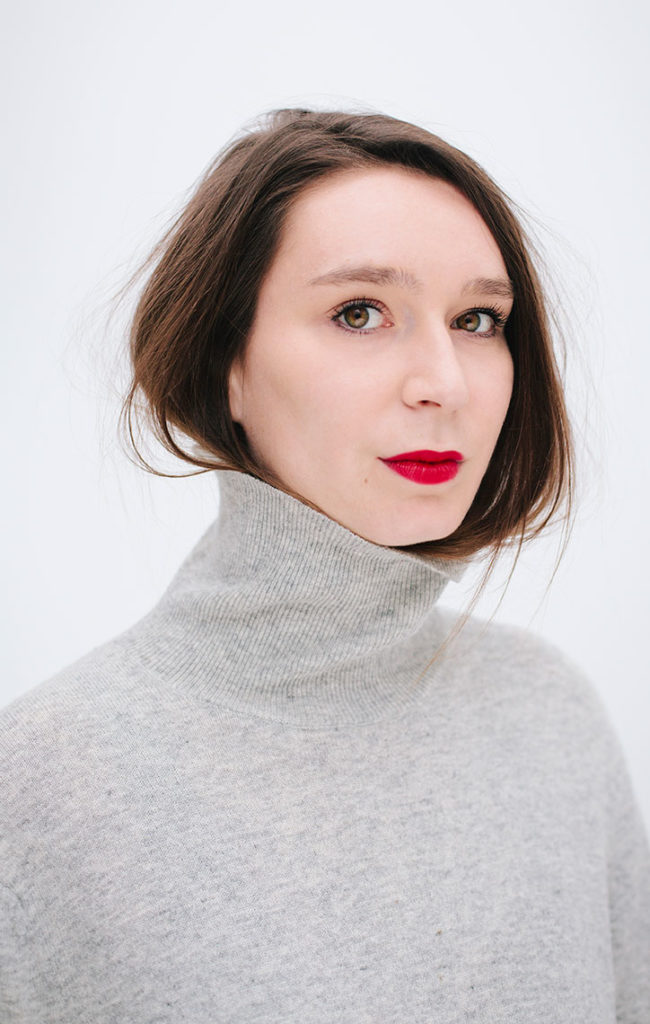 Marlène Huissoud is an experimental designer. Marlène works as a free- lance designer for different companies alongside the art & design areas, and created her own company in 2013.

In 2014, she graduated from a MA Material Futures (known as Textile Futures) at Central Saint Martins’ School of Art and Design in London where she de- veloped the project From Insects : an exploration of insect materials from the common honeybee and the Indian silkworm. Her work questions our way of making by challenging the properties of natural resources. She believes in the value of the concept, not only with an outcome but with the complete creative process.

She has been named as one of the UK’s top 70 rising design stars represen- ting the future of British design by the Design Council, has been named the Most Innovative Experimental Artist of the year 2018 by AI Global Excellence Award, won the AI Business Excellence Awards – Most Innovative Design Studio London – 2018, has been nominated by the Arts Foundation UK for the Material Innovation Award in 2016, won the Make me! Design Prize in 2015, nominated for Design Parade at Villa Noailles in 2015, won the Diploma Se- lection Award at Designblok in 2014.

In a time where everything is falling apart, nobody can stand alone. The worldwide disappearance of species is a fact. Climate change is a fact. Nationalism is a fact. We could all stop here. But as artists and designers and citizens we have to act. Nobody wants to see another beautiful chair anymore, so the question is rather: How can we can give back to nature?

Let us stand together surrounded by this reality, by future, and by nature. ‘Slow Down Please’ is first and foremost a reflexion. It is not about a design piece or about an art piece. It is an experiment with something that always exists around us: nature. This workshop shall materialise what is happening around us and how we might give back to nature. The answer might be a small gesture or an attitude but we will push this idea of giving back during the whole workshop. What makes sense to exist now? What needs to be made? What do you want to make then? What do you want to express?

The workshop's participants should take a one-week break and use Domaine de Boisbuchet as a resource to ideate and make objects, scenarios, machines, or installations that help the Domaine's natural environment.