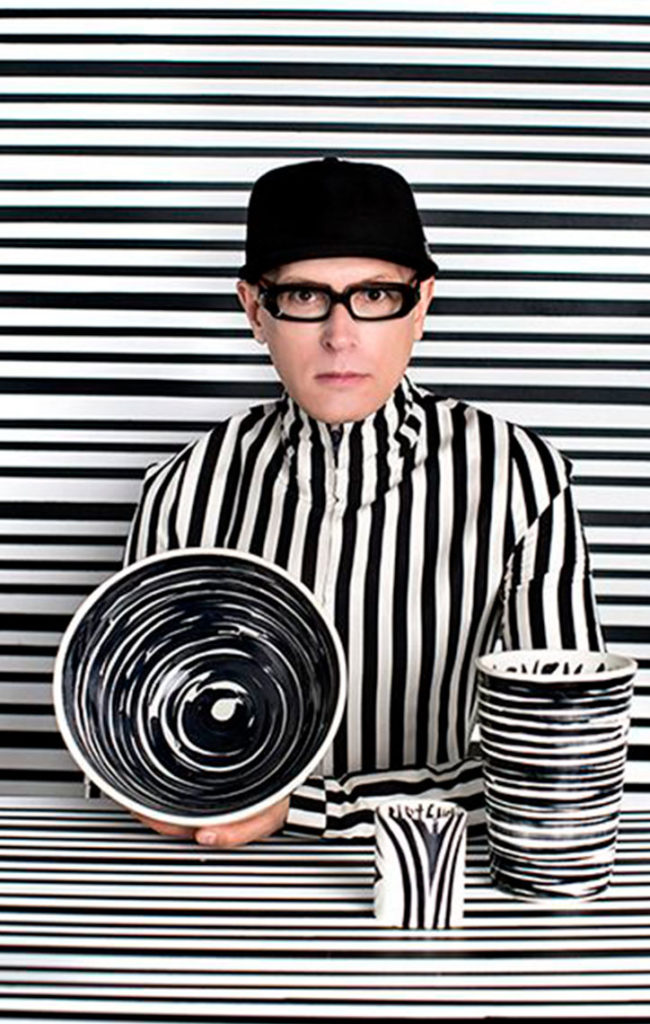 Between 1912 and 1922, Oskar Schlemmer, master of form at the Bauhaus, developed 18 costumes for 3 dancers for the so-called "Triadic Ballet”.

At the time perceived immediately as a revolutionary form of modern ballet, the piece has become iconic for the whole Bauhaus’ interdisciplinary aesthetics.

It’s triad composition of music, movement and costumes according to height, width and depth, to the three primary colours and to circles, squares and triangles shall inspire our workshop for a 21st century interpretation.

Schlemmer’s ballet was striving for dematerialisation – have we today reached that goal in virtual reality? Which are the forms, colours and movements that characterize humans and their relations with space today?

Russian artist Andrey Bartenev will conduct this costume-, stage-, choreography, and make-up-workshop to culminate in a performance amid Boisbuchet’s grand scenery.