Our lives today function around objects that need to be recharged. So much of man's communication and connection to the world requires us to be "plugged in" and finding yourself without electric power is a sheer nightmare.

Technology enables so much but it also restricts us; we want it but we don't want to be dependent on it, neither practically nor emotionally.

However, there are ways to become independent and handle power supply self-sufficiently. Such ways should be shared and turned into products - some are easy and others more complicated.

This workshop explores ways to live off the grid as easy, sustainable and smart as possible. And it's about sharing the solutions, so that everyone can benefit from our experience. 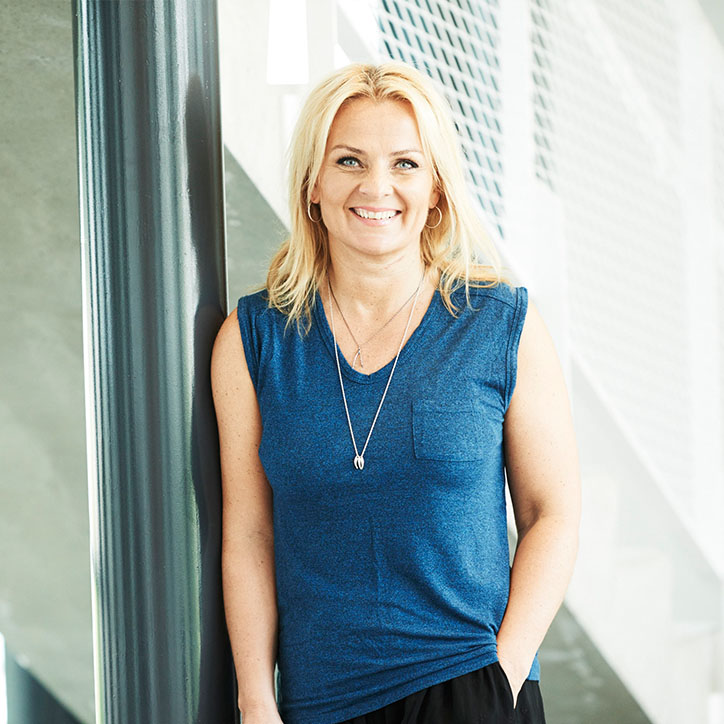 Sigga Heimis was born in Reykjavik, Iceland in 1970. She graduated as an industrial designer from Istituto Europeo di Design, in Milan, Italy in 1994 and received Compasso D’Oro for her graduation project.

After graduation she started her design company H&H in Iceland in 1995 and did projects for various different companies worldwide; from furniture to interior design to medical appliances. In 2000 she returned to Milan, Italy, to do her master’s degree at Domus Academy and continued working for H&H. In 2001, she began working for IKEA Sweden and designed products in all areas, from children’s furniture to breadbaskets. After being the design manager for Fritz Hansen, she opened her own design studio.

She also worked on projects with all the major international design schools: Eindhoven Design Academy, Royal College of Art in London, Domus in Milan, University of Art and Design in Helsinki, Parsons in New York, University of Shanghai, Marhi in Moscow and many others. In 2015 she received the DV Culture Award for Design. Her works have been displayed in various design museums and shows like the VIA gallery in Paris and featured in the 2004 Design Yearbook.